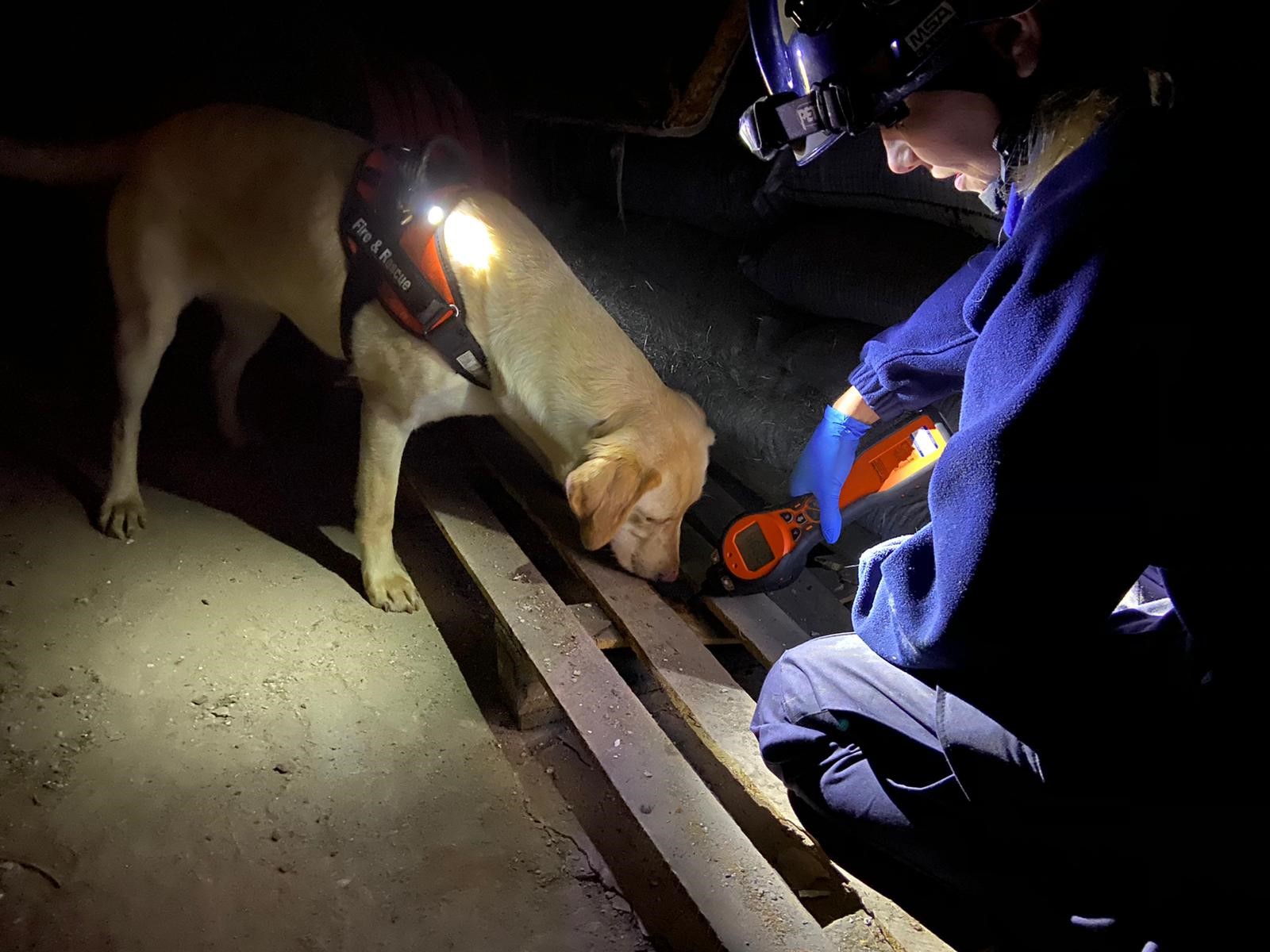 Shawcity have been proudly supporting the Lancashire Fire and Rescue Service for over a year by supplying a Tiger photoionisation detection (PID) instrument to work alongside their search and rescue dog team.

Lancashire Fire and Rescue Service (LFRS) based in north west England, covers emergencies across a vast area, including house fires, road traffic collisions, chemical spills, supporting other emergency services, and even animal rescue. When they are not deployed on an incident, they also spend valuable time within the community supporting public services and giving presentations on fire safety to schools.

Support for the Canine Team

LFRS approached Shawcity to ask for support for their Canine Team through sponsorship of a VOC-detecting PID to aid with their investigations. Lancashire Fire Investigation Dog Handler Lindsay Sielski, who started as a fire fighter in 2006 before becoming a dog handler in 2015, explains why they were looking for a partner supplier to help them achieve all-round results performance during investigations.

‘I assist the LFRS team with site investigations alongside our four dogs, three of which I am directly responsible for. Each dog’s skills are tailored to support the service in different ways, depending on the nature of the emergency.

‘For example, Springer Spaniel Davey is an Urban Search and Rescue Dog who is deployed internationally. Another Springer Spaniel, Louie, clears areas where there may be casualties and his job is to alert the rescue team if he locates anything of this nature. 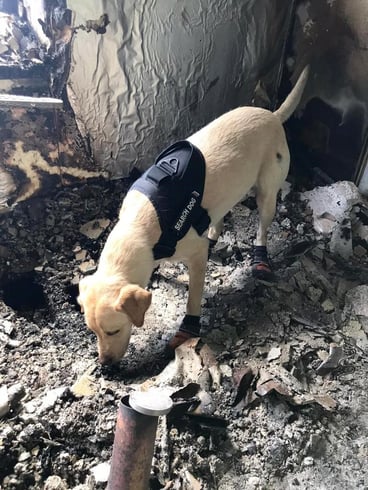 ‘Our busiest dog is Labrador Rue, who works closely alongside me on fire investigations sniffing out chemicals or ignitable liquids to identify the cause of a fire. Together we attend all fire-related scenes of a suspicious nature, where fatalities may have occurred or large commercial premises are affected, for investigation purposes.

‘The dog aids the investigation with accuracy, working large areas quickly for the identification of ignitable liquids and even fallen fire debris. They can distinguish between naturally produced hydrocarbons and ignitable liquids which have been introduced to a fire scene, even if only a trace level remains post-fire. However, the dog can only show the Fire Investigator a location, so we then need a PID to take an on-the-spot quantitative measurement with a data reading which can be used as evidence.’

The Ion Science Tiger PID monitor is a portable gas detector that rapidly and accurately detects volatile organic compounds (VOCs). Its anti-contamination design, humidity resistance in harsh conditions and long battery life make it a key piece of technology commonly used by fire investigation teams across the world. The Tiger provides a detection range of 0-20,000 parts per millions (ppm) with a minimum sensitivity of 0.001ppm.

The dogs have an extremely good sense of smell and are great at detecting and pinpointing accelerants of a fire. But a PID provides an accurate, time and date-stamped reading of the VOC sample.

Lindsay continued: “I use the PID to give a quantitative reading to Rue’s indications. Quite often on a fire scene we can have 10+ indications but for the evidence to be admissible in a court of law the samples must be taken to the lab and be confirmed by gas chromatography mass spectrometry (GCMS) to contain substances from crude oil derivatives.

‘The PID aids the Crime Scene Investigator in deciding which samples will have the best outcome. Depending on the severity of a fire, sometimes the samples found by the dog are at trace levels and the PID assists us in understanding these levels before the confirmation of the GCMS. Both the dog and PID are correct so that is where the human skillset and knowledge of Fire Investigation takes precedence.’

Shawcity supported Lindsay by loaning her a Tiger PID to use within the canine department. The exercise had proved so useful, her department decided to invest in a further four Tiger PID units to enable Lindsay and her team to continue training the dogs as well as new colleagues to assist with future fire investigation work. With over a year and still counting, the department are continuing to use the Tiger PID's to aid their site investigations. 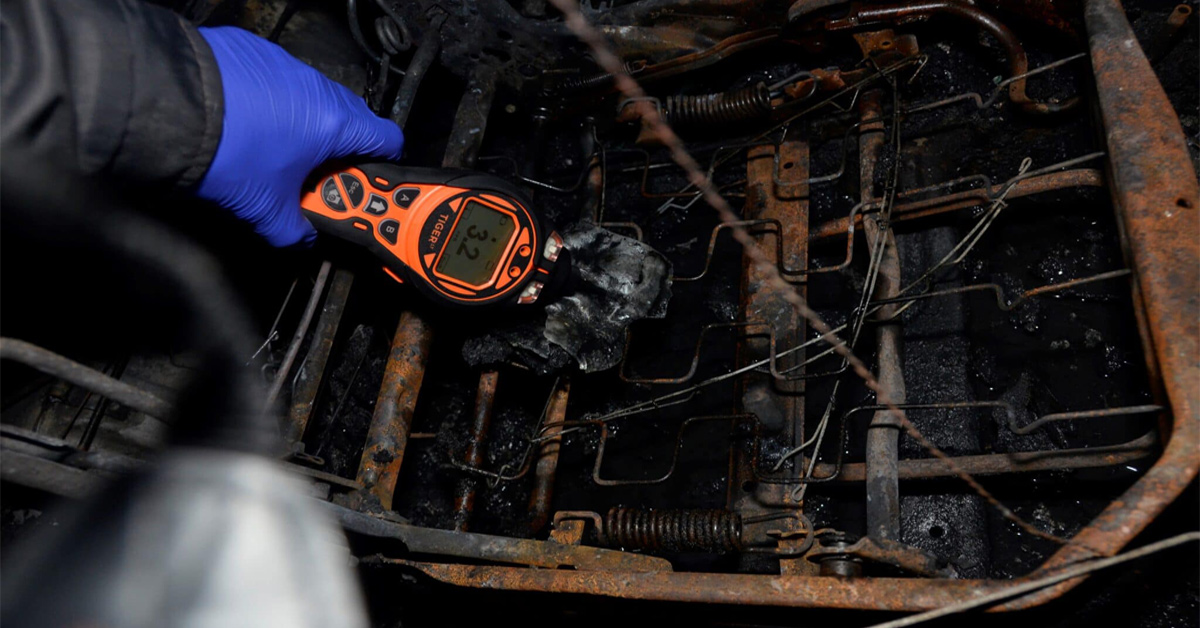 Merseyside Fire & Rescue use  Tigerᴸᵀ in fight against arson